Links to the August 2021 Newsletter and Motor Vehicle Bills

Link to the June 2021 Newsletter 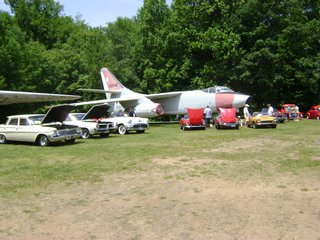 New member of the 4c's has a youtube channel about traveling around the country to some of the older salvage yards. He meets the people and gets the story of how they run them. Its worth checking out. https://www.youtube.com/c/dennysalvage

The Department of Motor Vehicles has a regulationfor issuing titles for our collector cars. That regulation has not been updated to reflect the change made to the State Statutes via Public Act 14-130 which changed the requirement that model year 1981 and older vehicles don’t need titles to vehicles 20years old and older don’t need titles. The current DMV regulation has a couple of provisions in it that make it prohibitive to obtain a title for our collector cars. We believe these provisions are unnecessary and will be looking to work with DMV to change their regulation. The two main problems we see with the current DMV regulation is that if we don’t have a valid out-of-state title for our collectorcar we will need to post a surety bond for our cars inaccordance with Section 14-176 of the state statutes.The process to post a surety bond is cumbersome, cost-prohibitive, and discourages us from obtaining titles for our vehicles. We feel that this provision should not be necessary if our collector vehicle has been registered in the State of Connecticut for a reasonable period of time (say 3 to 5 years). We would like the need to post a bond to be waived if that is the case. The second provision we have difficulty with is the requirement to submit a sworn statement that the vehicle has been maintained or restored to a condition that substantially conforms with the original manufacturer’s specification. We believe we should be able to obtain a title for our motor vehicles,regardless of whether they have modifications. I am drafting a letter to the DMV to request them to revise their regulation to make it easier for auto hobbyists to obtain titles for their motor vehicles, and offer to discuss the issue with them. While our past efforts have not been successful, it is worthy of further pursuit. 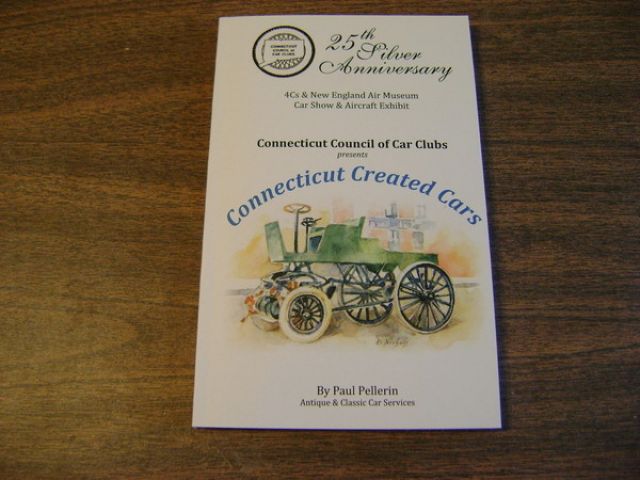 The 2021 Legislative Session began on January 6thThe 2021 Legislative Session began on January 6th and ended on June 9th. Special sessions followed shortly thereafter to vote on legalizing recreational cannabis and the budget implementing bill. As we had done in previous sessions, we retained the services of Hughes and Cronin Public Affairs Strategies to monitor legislation related to the antique auto hobby. In this monitoring capacity, Hughes andCronin informs us of the pending legislation. We report to you on any legislation potentially impacting the hobby and ask you to contact your legislators and help get favorable legislation passed, and unfavorable legislation defeated (i.e., a "grass roots" approach).No legislation was introduced in the 2021 Legislative Session that was adverse to the antique auto hobby. The table included in this newsletter summarizes the final status of bills related to the hobby and othertransportation related matters of interest that wereintroduced in the legislative session.There was no action on three bills of note included inthis table that I have reported on in previous newsletters.

Senate Bill 1105 “An Act Eliminating the PropertyTax on Certain Motor Vehicles and Adjusting the Uniform Property Assessment Rate” proposes to eliminate the property tax on motor vehicles (with the exception of rental vehicles). The bill allows municipalities to increase the maximum assessed value on real property from 70% of fair market valueto a value not to exceed 100% of the fair market value. As noted in the May newsletter, the April 20th Public Hearing testimony was universally against the elimination of the motor vehicle tax. Subsequently,the bill was not reported out of the Finance, Revenue and Bonding Committee. The bill concept was not brought up as an amendment to another bill that was debated on the House or Senate floor. There will be no change to the way motor vehicles are taxed by the towns in Connecticut.Senate Bill 1103:Senate Bill 1103 was introduced by the Finance, Revenue and Bonding Committee on April 14. The bill is not adverse to the antique auto hobby. The bill proposes to remove the current emissions inspectionexemption for motorcycles, and to establish decibellevel testing for motorcycles and motor vehicles whens aid vehicle is tested for emissions. The bill also proposed to establish a higher rate of sales and use taxes for motorcycles and aftermarket motorcycle mufflers that exceed a maximum allowable decibe llevel. In addition, the bill proposes to limit the Passport to the Parks fee to one vehicle per owner. Regarding emissions testing and decibel level testing DMV submitted written testimony in opposition to Senate Bill 1103. They also were opposed to the reduction in the Passport to the Parks fee. Much written testimony inc opposition to Senate Bill1103 was submitted. DEEP testified at the April 20th PubliHearing that limiting the fee will potentially result in State Park closures and/or reductions inservices. A substitute bill approved by the Finance Revenue and Bonding Committee and was filed with the Legislative Commissioners Office on April 22nd.The substitute bill that is on the Senate calendar continues to require emissions and decibel testing for motorcycles and motor vehicles despite DMV’s objection. The section limiting the Passport to the Parks fee to one vehicle per owner has been removed.This bill sat on the Senate calendar from May 10th until the end of the session with no action taken on it.Therefore, the bill will not become law this year.

Senate Bill 159  “AN ACT REDEFINING "ANTIQUE, RARE OR SPECIAL INTEREST MOTOR VEHICLE" TO INCLUDE A REPLICA VEHICLE” proposes to promote the interests of automobile collectors and enthusiasts. Specifically,Senate Bill 159 proposes: “That subdivision (3) of section 14-1 of the general statutes be amended to redefine "antique, rare or special interest motor vehicle" to include a replica vehicle, as defined in the Low Volume Motor Vehicle Manufacturers Act of 2015, P. L. 114-94. As noted in my previous newsletter, Senate Bill 159 was referred to the Transportation Committee onJanuary 15th. There was no Public Hearing and no further action was taken on this bill in the 2021 Legislative Session.Classic Vehicle Plates on Composite Vehicles My current thinking is that it may be difficult to ge tthe Legislature and DMV to extend the issuance of Classic Vehicle plates to Composite Motor Vehicles. There are some challenges/concerns that likely would have to be addressed to make this happen.• Property taxes on motor vehicles is not revenue to the State, it is revenue to the local cities and towns. The State has had issues with funding municipalities and imposing restrictions on sources of revenue for those towns. Thelegislature may be reluctant to further limit the sources of revenue for municipalities. If we can understand from DMV how many Composite Vehicles are registered in Connecticut, that may support an argument this is not a significant loss of revenue to the municipalities.• Would we allow Composite vehicles manufacturedless than 20 years ago to get Classic Vehicle plates? Current Statutes indicate composite motor vehicles will be registered as the model year the vehicle most closely resembles. I don’t know if DMV actually registers a composite motor vehicleas the year it most closely resembles and also tracks the date of manufacture of that vehicle. Is it appropriate for a Composite vehicle manufactured in 2021 to have the maximum $500 assessment applied to it? To be successful, it appears appropriate to request a meeting with DMV leadership to understand how many composite vehicles are registered in the state and understand any concerns DMV’s may have regarding issuing classic motor vehicle plates to composite vehicles. It may make sense to include thisas an agenda item on the meeting along with the issuance of titles for antique motor vehicles that we have been putting off due to the on-going pandemic. At the June 7th 4C’s business meeting, we discussed requesting a meeting with DMV this summer after the conclusion of the 2021 Legislative Session and decided that would be the best course of action..If you have any feedback you would like to share on the potential for extension of the maximum $500 assessment to composite motor vehicles, feel free to email me at This email address is being protected from spambots. You need JavaScript enabled to view it. Motor Vehicle Titles:As discussed above, we discussed contacting DMV regarding titles for our antique motor vehicles at the 4C’s Business Meeting. Frankly, I still have drafting the letter to DMV on my“to do” list. Other work/life issues have prevented me from doing that to date.

2021 Legislative Session Miscellany: At the end of the session, hundreds of bills that remained active in the House and Senate were not acted on. An agreement was reached on the $46 billion two-year budget, and how to use the $2.8 billion from the federal government from the Americans Rescue Plan. An agreement has been reached, and the Governor signed a measure for on-line gambling and sports betting. In a special session, an agreement was reached on the adult use of marijuana. A measure was passed to put a state-wide referendum question on the2022 Connecticut election ballots whether to allow early voting. A measure to allow “no excuse”absentee balloting did not receive the necessary votes,to move forward, but will likely be brought up in a future legislative session. On June 16th, the Governor signed a bill doubling the bottle deposit to 10 cents starting in January 2024. The bill also adds a nickel surcharge on single serving alcohol “nip” bottles will begin on October 1, 2021. As always, we will remain vigilant, and do our best to immediately report to you on any legislation impacting the antique auto hobby as the 2021 Legislative Session concludes.